Mints & Gum With Caffeine + B Vitamins

WHAT IS THE OPTIMAL AMOUNT OF CAFFEINE PER DAY?

Scientists wake up to coffee’s benefits

In a meta-study published in the British Medical Journal, the researchers looked at the results of 218 other studies, most of them observational, to find the optimal amount of coffee consumption per day [1].

Three to four 8-ounce cups per day will not only satisfy your caffeine cravings, but it results in some great health benefits.

The study found that compared to people who don't drink coffee, those who  consume three cups per day had:

And what is more, if you drink more than three cups a day, it is not detrimental to your health, but the benefits are not as pronounced as when consuming the optimal amount of coffee.

Scientists have for years noticed that people who drink coffee seem to be less likely to die from all sorts of causes, including heart disease, stroke, or diabetes. Perhaps the best evidence yet for this comes from two massive studies: one of more than 400,000 people in the US by the National Institutes of Health and and another of more than 500,000 Europeans. Both studies found that regular coffee drinkers were less likely to die from any cause than people who don't sip a daily brew. 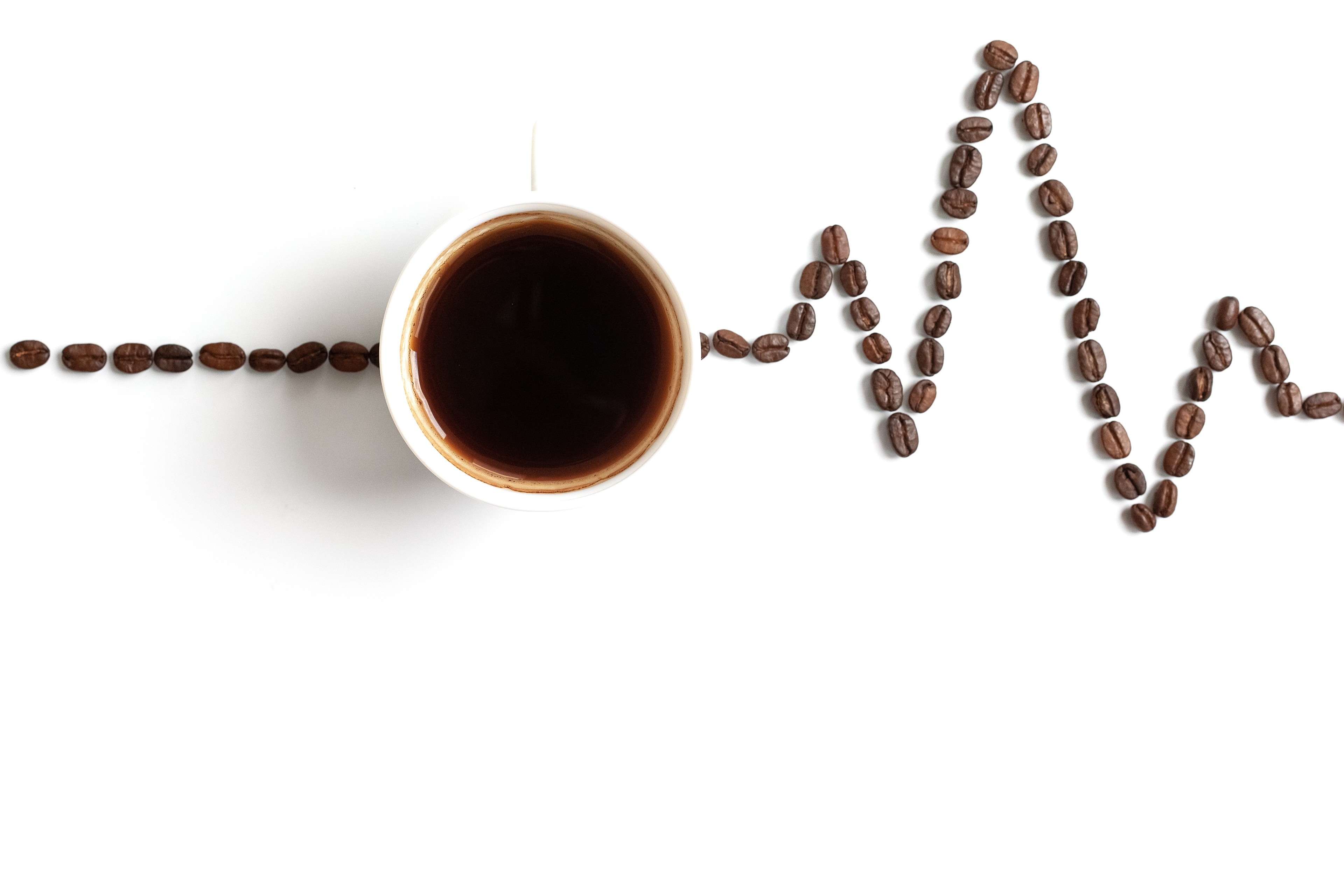 400 mg of caffeine per day is safe

An article on the website of the Mayo Clinic, which employs some of the world's premiere medical experts, says most healthy adults can have up to 400 milligrams of caffeine a day without health risks [2].

There are about 100 mg of caffeine in a cup of coffee, so you can safely have four cups a day. That's about 10 cans of cola, or two energy shot drinks.

But the amounts of caffeine vary widely in many products, even different kinds of coffee, so you might want to check out the Viter Energy Mints blog titled "How much caffeine is in a cup of coffee?"[3] That blog gives the caffeine milligram tally for many products, including many different types of coffee, soft drinks, tea, and chocolate and candy.

Mayo says if you feel jittery or nervous, can't sleep, get headaches, a fast heartbeat, muscle tremors, or frequent urination, you might want to start by cutting back on the caffeine, especially if you take more than 400 mg a day.

Also, doctors say pregnant women should limit their caffeine intake to 200 mg per day, and children and adolescents should probably not take any at all, or very limited amounts.

Some people may find that even just small amounts of caffeine can make them jittery. For those people, maybe try decaffeinated tea or coffee.

To achieve the optimal dose of caffeine, consume somewhere between the 60 mg and 100 mg range. This is equivalent to:

By staggering your caffeine fix throughout the day, you optimize your intake and get the most bang for your cup – have a productive, focused day without the jitters.

Charles Czeisler, PhD professor in sleep medicine at Harvard Medical School, having a massive dose of caffeine early in the day can only cause sleepiness later on in the day [6].

How do you do caffeine microdosing?

Take lesser amounts of caffeine, and spread them across the day. Try a cup of coffee in the early morning, a Viter Energy Mint around 10 a.m. and again at noon, and another cup of coffee at 2 p.m.

Of course, if you don't want to fill up on coffee and lattes and other caffeinated liquids, but you still want that caffeine. Viter Energy Mints [8] are just the ticket. The tasty mints perk you up and refresh your breath.

Viter Energy Mints have 40 mg of caffeine, B vitamins, and of course, mint, which has a host of health benefits (see our blog "What is peppermint? What are its benefits?" [7]).﻿Experts advise against taking caffeine too late in the dayso as to avoid sleep disruptions.

Viter Energy Mints [9] energize you quickly because you can take them under the tongue, or sublingually, where the caffeine quickly enters the bloodstream much quicker than through the stomach.

What people are saying about us...

“WOW!! I have tried a lot of different coffee alternatives on the market and these mints are the best! The taste is addicting!”

Try our line of caffeine mints and gum by Viter! You’ll love it.

CHECK OUT OUR PRODUCTS

No Compromises - get real results you can taste and feel immediately. Our mints are made with patented cold compression technology for no loss of and total release of active ingredients.

Each batch is made under the latest health guidelines and is 3rd party ISO certified facility tested to ensure the highest quality. Contains Vitamins B3 (Niacin), B6, B9 (Folic Acid) and Methyl B12 (Methylcobalamin).

For all general inquiries, please contact us at support@goviter.com