"WOW!! I have tried a lot of different coffee alternatives on the market and these mints are the best! The taste is addicting!" - Peter R. 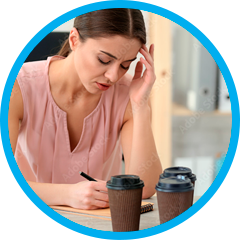 Low dose caffeine without the crash or constant bathroom breaks. 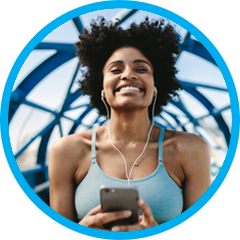 Energy Boost Whenever You Need It 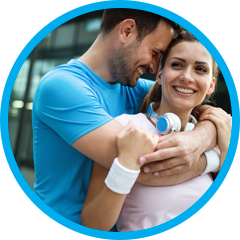 Strong and intense flavor kick to help you wake up and stay alert!

“I'm able to keep up with my kid all day long!” If you are looking for an energy alternative try these.

✓ Easy way to get a boost morning, midday, or night.

✓ On-the-go resealable bulk bags that fit in your bag.

“The extra strength is a game-changer for me. I've totally replaced energy drinks!”

THIS WAS RICK'S REACTION WHEN HE TRIED VITER'S EXTRA STRENGTH ENERGY MINTS.

How are we able to get such a quick energy boost?

Simple. Our mints have fast oral sublingual and buccal absorption for an immediate and quick release refreshing boost within minutes that’s 5X faster than drinks!

Plus they are formulated to help increase endurance, stamina, productivity, concentration, energize your best self, and keep you awake.

Low-dose caffeine without the crash or jitters. Have exactly the amount of caffeine you need with 80mg of caffeine per mint (1 mint = cup of coffee), a B Vitamins complex, and fast oral sublingual and buccal absorption for an immediate and quick refreshing boost within minutes that’s 5X faster than drinks. 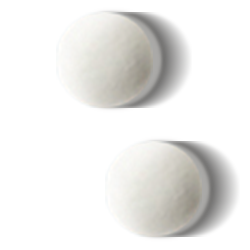 Control your energy levels with low does caffeine

“Viter Energy mints, I have zero bad things to say about you. I've relied on these on road trips, to overcome my Coke Zero addiction, and now I am using them to fight the inevitable, monstrous, overwhelming fatigue that comes during radiation therapy treatment. I love all the flavors.”

“I like the sample packs. They let me try all of the flavors. Chocolate mint is my FAVORITE!”

Free USA Shipping on orders over $30

If you don’t love them just let us know and we’ll refund your purchase!

Our products are made under the latest FDA guidelines and are 3rd party ISO-certified facility tested to ensure the highest quality. 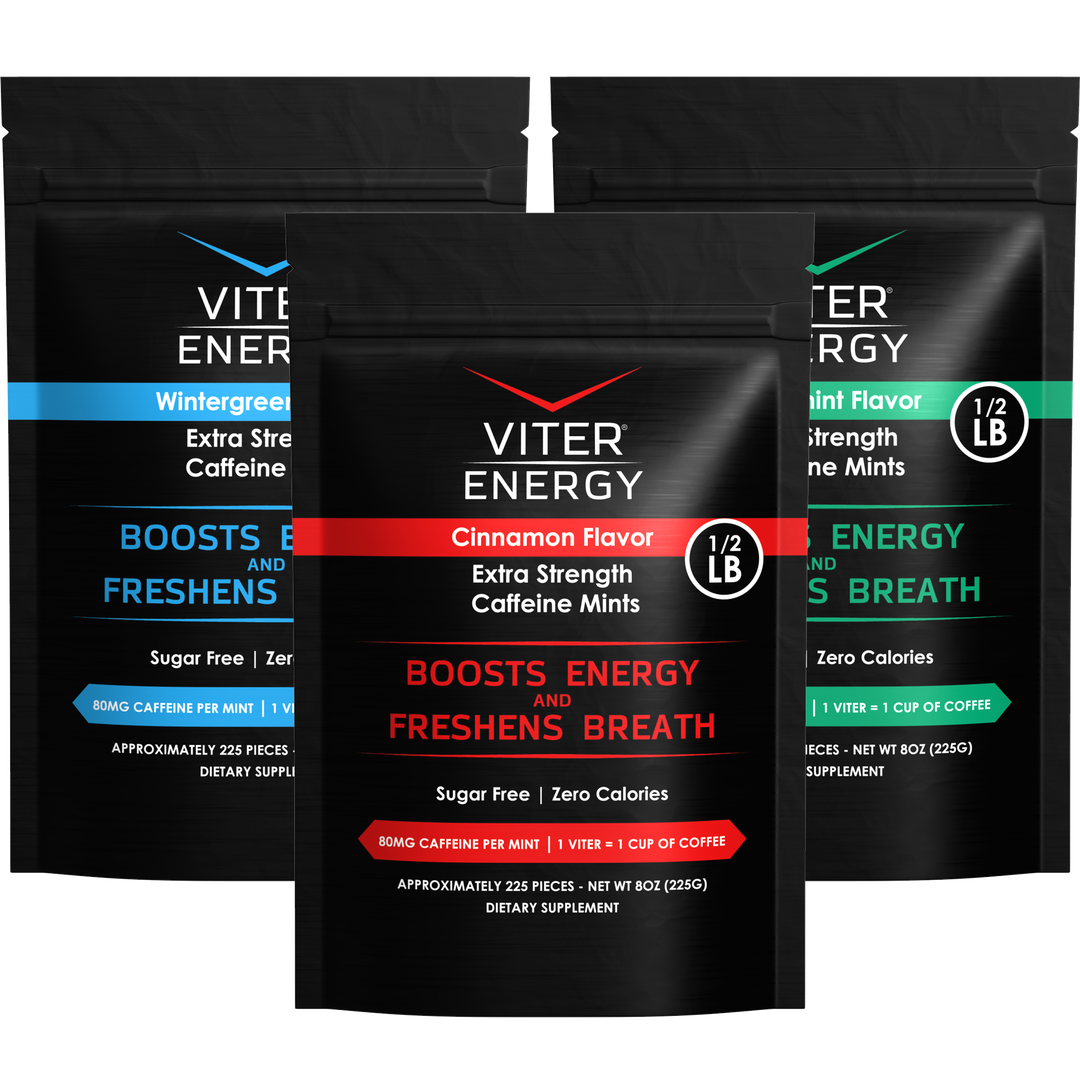 & Free Delivery in the USA

..mints. The normal strength ones are very convenient and give me a little ‘brain light’ to keep me going a little longer; I also tried the stronger ones, because I’m trying to avoid taking a nap every day because it ends up being way longer than a power nap is supposed to be. Well, good news is I don’t get jittery with these things, (an issue I’ve been struggling with energy drinks -i.e.bang) I’m just not sure if I should keep getting the strong ones or the normal strength ones.. ?Maybe I got used to the regular ones so the stronger ones seem to not have much of an effect? Maybe it’s the benadryl and occasional alcohol in my diet slowing me down? Lel, maybe I should’ve have started with the extra strength ones, haha. The taste is not bad, no crazy aftertaste or anything. The peppermint is really strong mint (you’ll feel it maybe if you drink a cold beverage right after it’s incredible!) so I just stay with wintermint even though peppermint actually does taste better (imo). Cinnamon and the other flavors were a bit odd for me or just ‘too new’ and unfamiliar I guess. Definitely save those tins or buy some (hey go-viter bros, please sell some empty tins on your website! Maybe different really cool designs? Maybe too much traffic? It’s okay if you don’t, just an idea; amazon can get a little limited sometimes) My 1/2 pound bulk bag stopped sealing after a while, so definitely tins will come in handy! These mints are so easy, and chugging down coffee all day is just not desirable, especially for a coffee hater. (Still cannot live without it.) Well, maybe just a go-viter mint every hour in a work-day will do the trick for me, but I haven’t tried it yet, and I’m sure there is a limit. The world spins on caffeine, especially those (cough, cough, me too!) who have early bird shifts and maybe or maybe not have a hard time sleeping early or sleeping in general, or have a hard time with a cat that wants to hold your attention all night long so you don’t really get to sleep even if you do go to bed early. I’ve tried those nasty 5 hour drink stuff, and then I realized, man I need a better option! So glad I found you guys! I don’t exactly get a supernatural power surge throughout my body when I take these, like I still feel tired, if I am legit gone. But they do keep at least one light on upstairs. I think I tried sharing this brand with some co-workers, and they seem to like the concept. A friend of my sister was too scared to try it because he said it might give him heart problems. For 80 mg — I don’t think it will do anything to him but I digress. I’m just glad I don’t have to swallow another pill, honestly! And I have tried to do that with that awful Vivarin I bought on Amazon, YUCK! Make me nauseous and gave me a headache! At least with these, you are kind of killing two birds with one stone. You wake up all while keeping fresh breath, and I haven’t tried the gum ones because I’m not sure if it’s just my teeth but too much chewing of gum (or anything chewy) and it’s just my teeth are going to let me know. Would it be a stretch to make ones that have 100 mg caffeine? Or maybe 200 mg with a mix of l theanine for a little bit of ‘balance’? haha, I guess at that point we would become test subjects! I already take a tiny teaspoon of l theanine every day to help with the jitters, because I can get them especially from the coffee I drink each morning, having a very public job, and a great help from the caffeine and/or lack of sleep. I don’t have these go viter mints first thing in the morning, I usually have them when I come from work and I’m getting tired, usually on those long rides home. There’s just something about being on the road for a long time that can really make it all catch up to you. !But maybe I need to get into a routine where I have one first thing in the morning, but then I already have coffee in the morning for my breakfast ‘bug drug’. Yawn. It’s such a drag. I haven’t tried taking both right after the other, I just don’t want any bad surprises.. I found you guys when I searched “caffeine mints” because I wanted something quick and easy, otherwise I’m not sure if I would have found you. For your products’ benefits and worth, a bit surprising you’re not in stores or maybe just not ones that are close to where I live? I will definitely continue to recommend your product because I think it does work and will help a lot of working people. What about flavors like minty lime, or no mint just like sour, tropical stuff as well ? Maybe that will be gross with the main ingredients you use or something? Maybe soda flavors like Dr Pepper, ginger anything; maybe you could also make like a powder that could be mixed in smoothies, water, juice, etc. Maybe some mints you guys make could have like a vitamin c infusion or some kind of immunity boosting mix-in for all the folks out there who are just always on the edge or just have weak immune systems? Elderberry, cranberry, tart cherry, or antioxidant rich blend of sorts.

R
Randal L. (United States)
My kitchen runs on these!

Why do you need a half pound of Caffeinated mints? Because I am the Chef of a kitchen that feeds 10,000 a day at least 2 meals! I have tried a ton of caffeinated items (gum, mints, drinks, bars, etc.). These are hands down the most effective and taste fantastic! 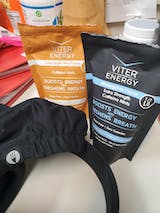 I suck on one or two each morning on waking to prevent migraine headaches. It works for me! 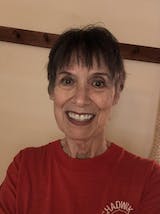 James W. (United States)
Your energy boost with no jitters or crash later,

I gotta admit, these things work. When I drink coffee or an energy drink, I quickly get nervous and get the shakes. None of that happens with these mints. And they do work. One day last week, I only had like 4 hours sleep and had to get up early. I was groggy and did not want to get out of bed. So, while laying in bed with the covers over my head, I popped one of these in my mouth and let it dissolve under my tounge. Within 5 minutes, I was wide awake and ready to go, all without the jitters or nervousness that you get with other forms. And no crash like you get with energy drinks. Most certainly going to get a bag or 2 in the future. Wintergreen is my favorite.

I love the flavors of each mints and love how it boosts your energy and the way it refreshes your breath . 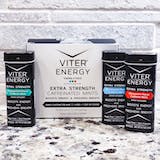 Some days there just aren't enough hours in the day to accomplish everything that needs to be done! These mints have the same amount of caffeine as 1 cup of coffee. Whether ur running late and forget ur morning java or need that mid day boost Viter energy mints are convenient and effevtive! 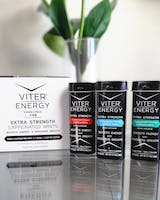 I know some may complain about the taste, and I'm not sure why. I'm really not sure how much better you can get caffeine to taste unless it is in a cup of coffee. To me, it is just what I need to power me forward. I especially like the Chocolate Mint and Cinnamon! And they fit in your running pouch. Love them! 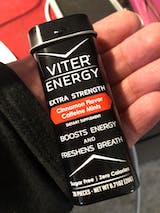